Stuck? Unsure what to do with art? Need ideas for drawing? Boy, have I got your back!

Do some painting or regular pictures with a limited palette. It can be wonderful for forcing you to learn color usage.

Search Deviantart or even just check out this Folder of Palettes I've saved (mostly sourced to deviantart).

Pictures directly below in this category are excerpts from this book, which is super good; I recommend it.

Here's one of my more recent and favorite games to play; I roll something off of this table of contents and draw it. You can use both if you want, or just one. I usually just roll the expressions.

Don't got an die? No problem! Go here for an dice-roller!

This one is pretty simple. Just browse Deviantart (or even tumblr or twitter) for art memes to do.

A lot will be sillier, but some can actually be pretty legit fun to do. Some of my favorites:

Draw your Friends' OCS in your style

Swap Around Meme (do with 2 other people)

Let's be real, "Squad" and Jojo poses are both wild. So draw a character of your friend's or yours in one of them! "but where do I get them"

I got your back, buddy. Here's an link to an collection of jojo posts (my dropbox), Another jojo collection, and Some squad stuff! (Pininterest which is unfortunate, but it seems to be sourced) as well as Another Squad, but an tumblr.

This one is touched very briefly in the memes section, but there's actually two categories here that I'm gonna talk about.

In this one, you will find an comic page of something you like, like marvel or DC or dark horse comics, or an webcomic, and redraw it in your style. Even just panels work too!

Once oyu find it, you'll try and draw it in your style, and it can be a pretty good look into how they do things as well as figuring out how you do things!

*Actiony pages are the most fun for this since you get to figure out posing and effects.

In this one, you... find an old drawing you were proud of (that is at least a year old, but six months also works fine), and redraw it. I do this a lot; you can find quite a few of them in my archives.

So hey! Here's one of my favorite methods, and one I need to do more. It's really useful when you need to practice/remember anatomy.

The short of it, should you not want to click through (it's to Deviantart, and ahs a nice, sweet, short-ish tutorial), is:

Draw an animal or thing how you think it looks. No reference. Just draw it, and once you think you're done, shove it away. Save it later.

With this done, surf the internet and save or keep pictures up. Look at them and, if digitally, try and use layers to trace over it and figure out the anatomy. Let your muscles get used to it.

If physically, try and copy it as best as you can, drawing down notes.

When you think you've got an grasp on htem and your muscle memory has gotten used to it, try drawing the thing without an reference. After you're done with that, pull up the picture you drew at the beginning and compare it to your latest drawing. See the improvement!

Similiar to above, Shrimping Method, but a lot more broad-- you'll look at an entire list of poses or watch an video of like, animals moving, and try and observe them, doing simple sketches and things to figure out their anatomy and stuff.

"But Princessss where do I find these videos and images?"

You're asking me? Great! because I do know! Here you go:

Don't know what to draw? but kind of want to practice drawing pretty sparkly effects? Boy howdy have I got you handled. Here's a list of what you could practice drawing:

want to practice clothes? But no idea what or who even to draw? Well boy-howdy have I got an solution for you! ( wow I've sure been saying boy-howdy a lot this article.)

Draw your fursona (or persona or any character of yours) wearing any of the following:

-Your favorite clothes to wear,
-What you're wearing now,
-What you wear to bed,
-Your favorite fandom character's clothes,
-In an kigurumi or costume of your favorite character,
-A character you hate's but clothes/design you like,
-An outfit fit for exploring in in your opinion,
-A cute princess's outfit,
-In an suit of armor

If you've more ideas to tack onto this list (or any other here), feel free to contact me!

that cool character or your favorite OC? what if they were in a different setting? Imagine that!

What if your dwarf character was actually an elf?

Things like this! Imagine that! It can be a lot of fun!

Here is an simple one; you just use generators and draw from it. Monsterboy/cursed/cryptids are the best. Here's an list of some you can look at:

This list isn't exhaustive at all, and it's already long, there's a LOT of generators out there.

Search for some here if you want

This one is a little more complicated to explain, but here we go:

So, as people may or may not know, the popular petsite, Neopets, has "paint brush colors".Back in the heyday before thy did their customizing, they were very unique (and even now, they're still unique). There are an load of other petsites out there with their own unique things too; Neopes is just the de facto example here.

This task here is to draw something- a pokemon, your OC, an random animal etc -as one of their paint brush colors, or, in the case of other petsites with special colors, one of their colors.

Here are some resources for helping this along:

For Neopets (including old colors!),

So there's an whole section devoted to "Pokemon" stuff because boooooy hooooowdy there's a lot of stuff in it that give ideas.

People often use this for both "the pokemon actually looks like it's both parents in one," as well as "bulbasaur but with different plants that aren't pokemon-related", thusly they're both here. I call them "Variants" and "Breeds".

-Variants:
Often more based off of real-life counterparts rather than in-universe counterparts. Includes things like "albino," vitilgo, real plants on an bulbasaur's back, boa morphs, etc.

-Breeds:
Often based off of both parents of the offspring (Ex: Litwick + Reinculus). Based on in-universe, not real-life things.

Both overlap a lot when you search them, so i've included all possiblities of search results here on tumblr and deviantart; if I missed one let me know!

This one often overlaps with "retypes" and "variants". You take an pkemon and imagine it as another region's; it's basically retype so refer to "retyping" for examples & such.

Often sprite-related; you take an pokemon past generation GSC and devamp it to GSC or RBY standards (again; very sprite-related). You can also do this on an design basis, however! 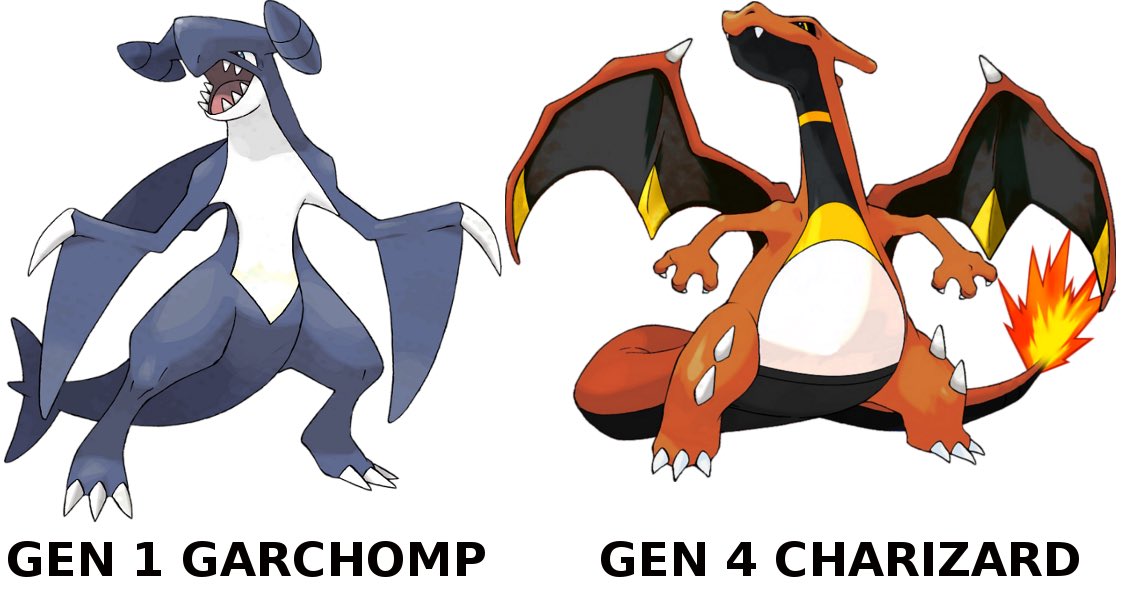 (Source unknown. I can't find it, despite searching all over; I can only find it posted on imageboards and articles, with no source or "hey I did this". Art is manipulated Ken Sugimori art.)


Imagine a Pokemon as a Digimon... or vice-versa

Fusions are a pretty common thing that took off a few years ago, and tehy can be a lot of fun, especially if you try to put thought into how they'd look properly with both pokemon incorporated! Or even more pokemon!

You could try fusing some yourself, or you could fan-art one of the many sprite fusion artists' fusions they've done!

Fusion Tools:
-Alexonsager's, the first one
-Pokefusion, with up to gen 4... and victini for some reason
-Random Pokemon, if you want to mix up without it being an head pasted on another body

"Why is this named Peach Fashion??"

Because she's cute and I'm gay for her, that's all.

Your task here will be to draw an character( yours, an fursona, persona, fanart, etc) in the different Mario Party 2 outfits. 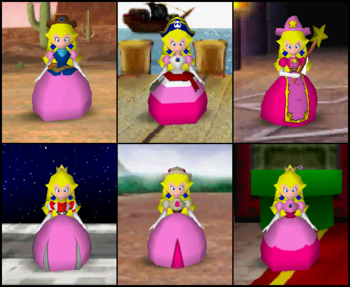 
Alternatively you can try finding all peach's different outfits and drawing something similar to them (like all of her Odyssey and sports outfits) or even all the mario powerups (of which there are a LOT).

"How to Snap Out Of Art Block" @ deviantart

How To Kill An Art Block @ deviantart


All written content and art on this site belongs to Princessnapped, unless stated otherwise.
Please do not repost or edit my content without permission from me (Contact me for this).
All properties are © their own creators (which include but are not limited to Game Freak, the Pokemon Company, Nintendo, Sega, etc).
This website is fan-made, and not affiliated with any of the aforementioned companies.